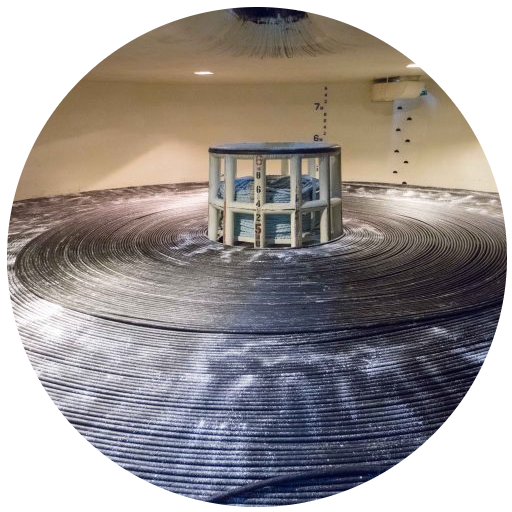 Microsoft, Facebook, as well as telecom company Telxius have pulled a submarine cable crossing the Atlantic offering a flow never seen before. Indeed, the Marea cable extends over 6500 kilometers and offers a bandwidth of 169 terabytes per second. Well, when we are speaking in terabytes, it is sometimes hard to imagine the bandwith this new cable has.

To give you an idea, such a cable would allow you to download nearly 23 000 HD movies in a single second … Provided you have sufficient storage capacity.
The Marea facility began last year and was completed on 21 September this year. On the other hand, the connection will be operational from 2018. Its starting point in the United States is in Virginia Beach, and its point of arrival is in Bilbao, Spain.

The need for the cable, according to Microsoft, stems from the high demand for data in the Atlantic region, and the future growth of this demand. This is excellently put by the president:

“The submarine cables in the transparent Atlantic already have 55% more data than those in the Pacific and 40% more than between the United States and Latin America. There is no doubt that demand for data flow across the Atlantic will continue to grow, “said Brad Smith, Microsoft’s president.

On its blog, the tech giant completes by announcing that the installation of the cable took three times less time than is usually necessary. Moreover, developed in open design, the technology will evolve with much more flexibility than the others.
Finally, underwater cables in their own right become commonplace at the tech giants who do not want to share their bandwidth. Google has invested in two cables going to Japan, South America and other Asian countries. Marea for its part will only serve the purposes of Microsoft (Office, Azure, Xbox) and Facebook (Facebook, WhatsApp, Instagram).