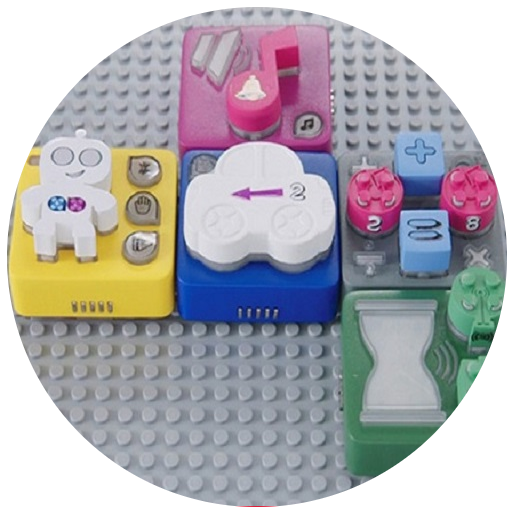 Helping you build funny robots, and animating them by learning the basics of computer coding, is the educational game invented by the engineers of Algobrix. In one month, the fundraising campaign on Kickstarter exceeded more than 10 times the amount expected by its initiators.

You learn better with practice

Learning the basics of computer code and programming is now a highly sought after activity by parents for their children. However, younger people often find it difficult to stay studiously in front of a computer, even when the code is learned in the form of a video game, as Scratch for example. Persuaded that learning is much better through manual games, the engineers of the young startup Algobrix developed from Lego blocks a game capable of capturing the attention of 5-13 years children.

The Algobrix kit consists of two parts: in the first one you will find one or more Algobot, big cute robots to build in Lego, on which you can install a whole battery of sensors, to emit or detect sound, light, or move the Algobot.

The second part of the kit consists of the brain of the Algobot, capable of receiving the commands given by the function blocks. These are large, colored, and decorated with immediately recognizable icons: on / off function, sound, light, movement, etc. Each block can be assigned parameters, again shown as a small block. The whole assembles on a good old Lego plate.

Marketing of the Algobrix in 2018

Once the child has taken control of Algobrix’s mechanics, it’s time to create! The child can assemble the blocks as he pleases, move them, generating sequences of actions for his Algobot. Now, unknowingly, he has become a computer programmer. To guide the child, the creators of Algobrix provide him with maps that gradually introduce him to the functions and the parameterization of the sensors.
The founders of Algobrix see it as a playful way of teaching children the basics of what the Anglo-Saxons call “STEM skills”: science, technology, engineering and math. Their product seems to be well suited to attract a large audience.

Launched at the end of July on Kickstarter, their fundraising campaign received an echo for the less favorable: while they hoped for $ 50,000 in two months, they reached $ 500,000 by the end of August. They are now hoping to market Algobrix worldwide by April 2018.

Want your kid to learn how to code? Look out for this exciting new invention.