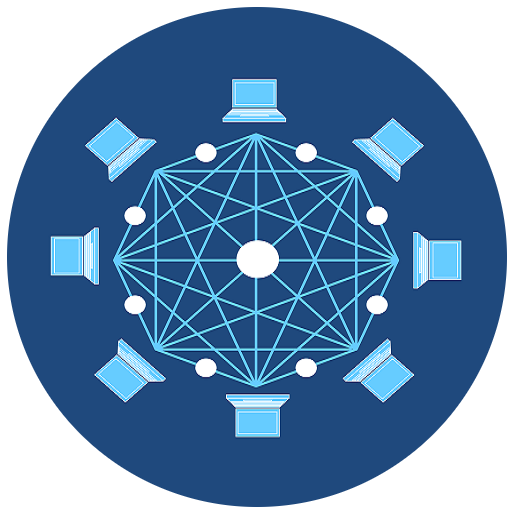 With the jargons in the blockchain ecosystem, it’s sometimes very hard trying to understand the technology or even explain it to an investor or your grandma. This piece does a good job of eliminating some of the jargons, giving you a layman view of what blockchains are about, the types of blockchains, and where you can learn the technology yourself. Let’s get going.

What is the blockchain technology about?

The blockchain is an openly shared, public, and trusted ledger accessible to anyone but cannot be controlled by a single user. The blockchain system has network participants who control, update and secure the system. Thus, who, when, and how to make decisions concerning a blockchain isn’t the work of a single administrator, but the entire members in the network. Records are kept in a block and joined together through a chain (Block and Chain).

Think of it as your normal database or the accounting system in your organization or the supply chain. There’s someone sitting somewhere as the administrator, managing, adding, and altering all these systems in the normal setting. In a blockchain-based system, no single person has control over a database. It creates a “we-are-all-administrators” atmosphere, providing freedom to users and ensuring security. But the kind of freedom one has in terms of deciding how and when to add to, edit, or remove from a dataset depends on the type of blockchain in use.

There are blockchains that anyone, anywhere on earth can add to or transact in. There are others that can be accessed by members of an organization. Blockchains come in three different types:

A perfect example of public blockchains includes Bitcoin, Ethereum, and almost all cryptocurrencies.

The good side of public blockchains:

Since one central authority doesn’t control the entire system, public blockchains provide freedom and a form of democratized digital life to participants. Also, since a public blockchain is made up of many different computers around the world, for instance, Bitcoin, hacking the system is practically impossible and thus provides security.

The downside of public blockchains

Though the thousands of users spread across the globe in a public blockchain provides security, there is one problem that comes with it. Before a transaction is undertaken, each of these members needs to verify the transaction, and because of the large number of participants in the network, the verification process might consume a lot of time or lead to increased cost.

Some examples of Private Blockchains include the Linux Foundation’s Hyper Ledger Fabric, the Monax project and many other examples.

The good side of private blockchains

The fact that an organization or group of people control private blockchains signifies that the number of people or computers that verify, edit, and add to a blockchain-based system is limited. This reduces the verification time and thus reduce costs to members. The computers that make up the network of a private blockchain are also monitored, leading to a quicker response time to breaches and functional issues.

This is a blockchain that sits between private and public, thus half public, half private. It removes the power that is vested in a single organization controlling a blockchain as in the private case but also does not give full power to just anyone to take part in decision making as in the public blockchain case.

A consortium blockchain could contain 10 non-governmental organizations in the world. If one organization shares some information that is only useful to about 5 others, it can give permission to only the five and eliminate the rest. This removes unnecessary data sharing in a blockchain system, saving time, verification fees, and improving the entire process. In essence, though the consortium makes decisions as to who edits, adds to, and verifies the blockchain process, each member can also decide to give or not to give permission to other members pertaining to information that is not needed by the whole consortium.

An example of a consortium blockchain is the Energy Web Foundation’s blockchain.

Why are blockchains needed?

We have databases already, we have the internet, AI, Quantum Computing, and a whole lot of other disruptive technologies. The blockchain can change the way we share information, communicate, and move assets across the globe – and thus affect all the fields mentioned above. The technology is needed because of the following reasons: This video from ColdFusion will help.

Where to learn the blockchain technology

As a new technology that is constantly disrupting almost every industry, it’s not too late to learn about blockchains and how to implement it, make a career out of it, or invest in it. Here are some of the resources that can help you get into a blockchain mood.

This course gives you an introduction to the entire blockchain ecosystem. What blockchains can do, some of the already-existing use cases, and how it can solve some of the problems we face today in our tech sphere will all be clear to you after you go through this course. Even if you’ve not heard anything about blockchain before, you can still take this course because it is designed for absolute beginners.

Designed for the beginner, this course takes you through the blockchain technology, some use cases, and how it can be applied to normal business processes. It’s IBM and you know what they can do. It’s a course you wouldn’t want to miss if you want to get started learning blockchains. You get a free badge after finishing the course.

This course on Udemy provides technical explanations into the blockchain, bitcoin, and ethereum, as well as other technical stuff that makes up the ecosystem. You should have some basic knowledge of blockchain if you want to enjoy this course.

You can run a full university course on blockchain or watch all the blockchain courses on the internet, if you haven’t met Andreas Antonopoulos, then do well to check out his channel on YouTube (aantonop), where you learn about blockchain, bitcoin, ICOs, and hot topics in the cryptocurrency ecosystem.

The blockchain technology is still young. The best way to learn about it is to listen to the industry experts, follow the organizations making a change in the ecosystem, and see how best it fits into your business, career, or investment goals. If you know of any resource (books, youtube channels, courses etc) that teach blockchain technology, please let us know in the comments section.